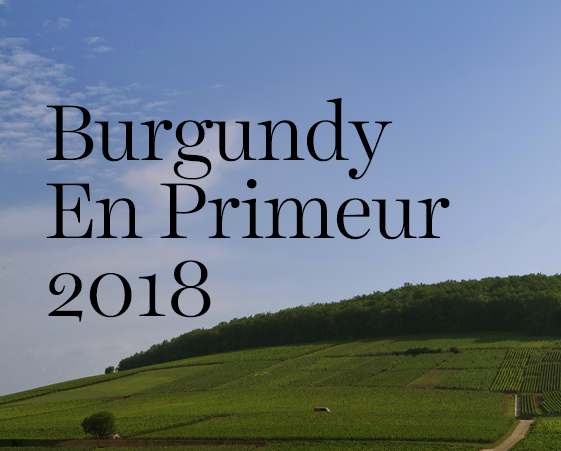 “We sense that ‘normal’ isn’t coming back, that we are being born into a new normal: a new kind of society, a new relationship to the earth”.

Living in a world of instant communication, the 2018 grapes had barely been picked when the vintage was hailed as potentially the greatest since 1947. Those living in the UK will remember the summer of 2018, with seemingly uninterrupted sunshine across the whole of Europe.

The 1947 comparison is tempting, and fulfils the requirement for a vintage soundbite. The main difference between 2018 and 1947 is surely in the quality of the winemaking. Producers today are much more cerebral, and they have also travelled and acquired knowledge of viticulture and vinification that extends beyond their own villages. There is a fierce debate in Burgundy about picking dates, with some producers in 2018 picking as early as the 20th August, and the latest pickers heading deep into September. In our opinion it’s not about picking early or late, it’s about picking at the right time for your vineyard, your domaine, and the wine you’d like to make.

Global warming is the hottest (pun intended) topic in Burgundy today – more so than Brexit, US tariffs and the global economy. It is clear that the frequency of ripe, solar vintages is increasing, and Burgundy is better prepared than ever before to face the challenges. 2018 is a link to the past with 1947, but it reflects a new normal in Burgundy.

The white wines from the Côte de Beaune are a wonderful surprise! They combine some of the generosity of fruit of the 2015s, but in a purer style and with the tension and verve of the 2014 and 2017 vintages. The consistency is also high, you can find delicious wines from Bourgogne for everyday drinking through to the very top Premier and Grand Crus.

The red wines from the Côte de Nuits are more varied, but at their best they have the potential to challenge the peaks of iconic vintages such as 2015, 2005, and 1990. The most important factor in these wines is the delicacy and sympathy of the winemaking. Burgundy is using a softer touch, and many producers spoke of the need for infusion rather than extraction. Bourgogne and villages wines from across the appellations will offer fantastic early drinking, and the best of the Premier and Grand Crus will be highly sought after and jealously guarded in the cellars of those lucky enough to secure them. The reds of the Côte de Beaune should not be lost in the rush, there is still value to be found in Burgundy and it is definitely here.

Chablis is the cherry on the icing on the cake in 2018, with wines that first and foremost have been produced in generous volumes. Chablis has the first normal production levels since 2011, which is reason enough to celebrate. The wines have a richness and generosity of fruit, but more importantly they have the unique oyster shell minerality that is uniquely Chablis.

The joy and frustration of Burgundy remains its ability to amaze and confound the drinker. The best 2018s have the intensity of the greatest years, but also the haunting lightness of touch that takes them beyond fermented grape juice. Burgundy – it wouldn’t be half as much fun if it was simple.