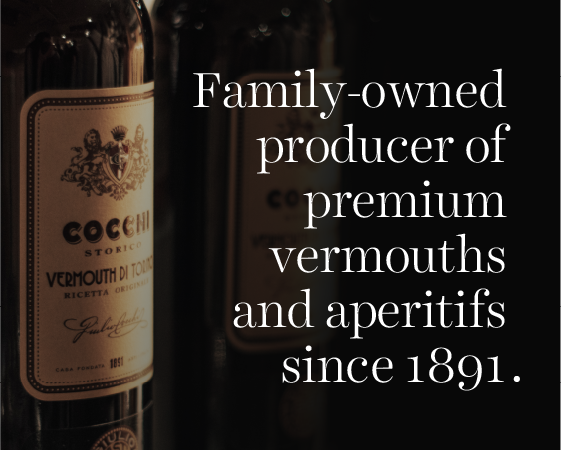 Italy is well known for its myriad spirits. From the bright, appetizing aperitifs that light your glass orange with a spirtz, to the dark, bitter and contemplative digestifs and amaros that delight with a medicinal tang, much like their wines, there is an almost overwhelming variety from which to choose. Many thanks to the Negroni, the now go-to pre-meal cocktail, the fortunes of these oft-obscure spirits are on the rise, with vermouth leading the way.

Cocchi have perfected the art of vermouth. Founded in 1891 by Giulio Cocchi in the North Western Italian town of Asti, the young pastry chef turned his hand to making the aromatised wines for which the region of Piedmonte is famed (along with many other culinary delights). By the turn of the century, two wines in particular stood out: Barolo Chinato and Aperitivo Americano, which had become exceptionally popular across international markets.

Now owned by the Bava Family, themselves highly renowned wine producers, the apple of Cocchi’s eye is their Vermouth di Torino. Vermouth di Torino celebrates the collective heritage of Piedmont, starting in the late XVIII century in the royal court of Savoia and spreading to the four corners of the world in the XX century. Cocchi Vermouth di Torino is produced according to the original recipe of Giulio Cocchi, produced using fine Moscato wine as its base, which is then infused with a secret recipe of local and exotic botanicals.

Delicious neat on the rocks with a small lemon zest, it is an essential ingredient for the creation of the most classic cocktails, from Negroni to Manhattan.