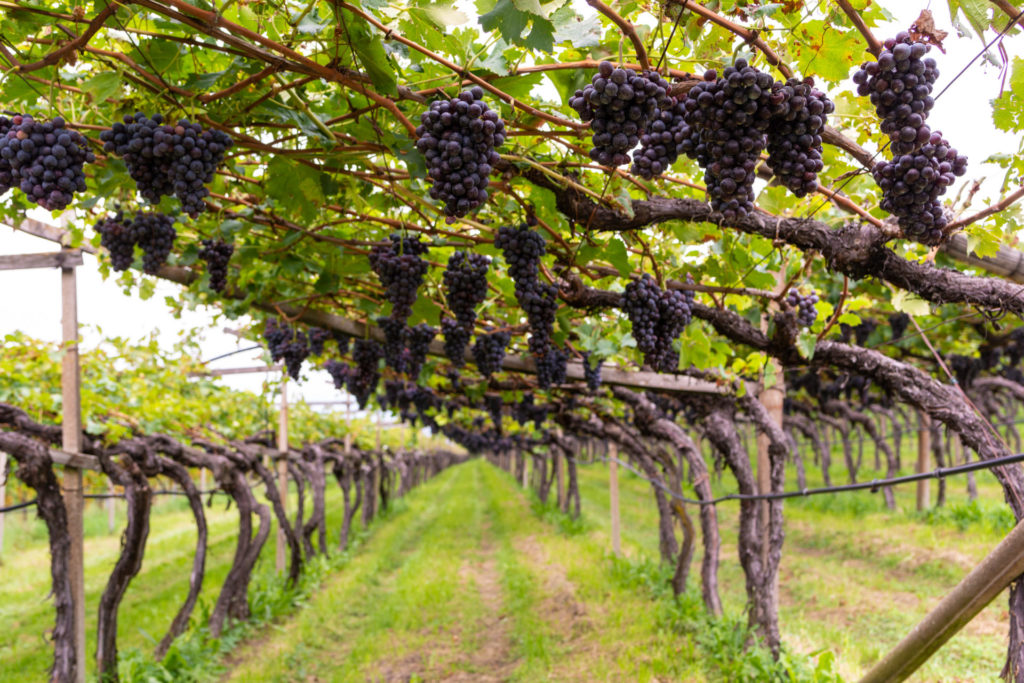 Jeroboams Education is a new series on our blog providing you with the lowdown on the most iconic wine producing regions of the world, along with fundamental information on the production of beer, cider, wine and spirits. Led by our super buying team, Peter Mitchell MW, Maggie MacPherson and James Phillips will introduce you to the key facts and a little history of all the regions, styles and types you recognise but perhaps don’t know too well. To help really further your education, why not drink along? Browse our Wines.

Probably not the sexiest of topics when it comes to learning about wine, however trellising and training vines have a surprising impact on the end product. A trellis system is the wood and wire construct which hold up the vines and allow the viticulturist and/or winemaker to effectively position the vine to grow in the optimal position. The type of trellis and training system they choose depends on many factors, such as the vigour of the vine, whether the grape variety naturally grows downwards or upwards and whether the vine is to be spur or cane pruned or both. This decision, while not permanent – a winemaker can choose to change a trellising system at some cost, is extremely important as a trellising system can influence the amount of shade or sun on grapes, how easy mechanisation will be, the amount of heat reflected onto the fruit from the ground, the ability to mitigate frost damage and the effect of wind. So, it’s easy to understand why trellising and training systems are complex with many different iterations. However, they can generally be categorised as either non-divided canopy systems or divided canopy systems. Although let’s also not forgot that many vines across the globe aren’t trained at all.

Below we’ll discuss some of the more common examples of trellis and training systems, but this list is by no means the be all and end all. It is also worth noting that there will be the odd mention of pruning techniques, which are related to but are not part of a trellising specifically.  Pruning refers to the cutting and shaping of the cordon or “arms” of the grapevine in winter. There are 2 main types of pruning;

Non-divided canopy systems have a single fruit zone which means they are less expensive to establish and maintain, which is one of the reasons why they are so popular across the globe.

These are the most common trellising systems and are often partnered with Vertical Shoot Positioning. Winemakers in cooler regions use this training method as it can invigorate shoot growth while ensuring that buds and fruit are adequately exposed to sun, which is particularly important in cooler regions to achieve optimum ripeness. It is best used with low to moderate vigour sites & varieties. When used with high vigour vines such as a Sauvignon Blanc vineyard in Marlborough NZ the canopy can become dense and therefore leaf removal will be required to improve bunch exposure and reduce disease risk. Although the single guyot is often used in low vigour sites and is common throughout Burgundy.

This Trellising system is a simple trellis construction which uses head trained vines and long canes (up to 20 buds on each) that originate from renewal spurs at or near the top of the trunk. It keeps the fruit high and well exposed but can be costly as requires annual tying of canes which has to be done manually.

This is essentially a high trained trellis where cordons remain as semi-permanent extensions of trunk & replaced every 5 years. It is an efficient system as it is adaptable to mechanical pruning and mechanical shoot positioning.

Divided Canopy Systems have two fruit zones and expose more of the vine’s foliage to sunlight, in theory this increases fruit production while maintaining quality. These systems are particularly suited to high vigour varieties and are really quite inappropriate in low nutrient soils and areas where rainfall or irrigation is limited. These systems can be further categorised into those with horizontally divided canopies or vertically. Horizontally divided canopy systems are more common although they do require wider row spacing due to training the canopy on either side of the trunk.  A major downside of these systems is that they are expensive to establish due to the complex positioning of the wires required to train the vine into these split canopy positions.

This system divides the canopy into two parallel hanging curtains with the fruiting zone positioned at the top of the canopy. These systems are normally cordon-trained and spur pruned which allows the winemaker to retain a greater bud count on high capacity vines. This is often used in high vigour sites to maximise yields, such as Marlborough.

This system was developed by Alain Corbonneau in Bordeaux in the 1980s, and more recently has become popular in California. It is particularly well adapted for upright growing varieties for medium to high yield vineyards, although it is difficult to mechanise which can increase costs of maintaining the vineyard if they choose to hand harvest and prune.  Most commonly used in New World regions, with many Californian producers initially choosing this system before adapting to Guyot systems.

Scott Henry owned the Henry Estate Vineyard in Umpqua Valley, Oregon and was alarmed at the declining quality of his fruit. He took it upon himself to design a unique four-pronged trellising system that exposed the grape bunches to maximum sunlight – the “Scott Henry Trellis System” was established. This system can improve grape yields and quality in high vigour cool climate vineyards with the shoots trained both upward and downward using cane pruning. A region which specialises in this system is Oregon, and vineyards which have a large concentration of Missoula Flood soils. These soils contain relatively balanced amounts of sand, silt and clay and are found along the Columbia Gorge banks and Willamette Valley floor. The topsoil is so fertile that the Scott-Henry system is required when growing pinot noir to maintain the vines vigour. It isn’t just Oregon where this trellising system is used, in fact Oyster Bay has 5,240 acres of Scott-Henry planted in both New Zealand and Australia, some of the largest Scott-Henry systems in the world.

This system is similar to the Scott-Henry but is spur pruned with the spurs pointing upwards and downwards from a mid-height cordon. It can be mechanically pre-pruned and machine harvested. It was designed by Richard Smart and John Dyson to improve yield and wine quality by providing a better grape to foliage balance.

A trellis system provides support for the shoots and fruit, since the vine is not able to support itself and can help to spread the shoots out more evenly. Evenly spread shoots improve airflow and light penetration in the canopy which in turn reduces disease pressure. However, this doesn’t mean that vines without a trellising system are automatically less healthy than their trellised counterparts.

The Goblet system is essentially a vine which has grown its own shape naturally, they are also known as Bush vines or head trained. This non-trellised system is great for sun protection but terrible for disease management as there is less air circulation and spray penetration. However, they require little irrigation to maintain moderate water stress through ripening which makes them a good choice for more arid regions where irrigation isn’t possible. They can also provide high yields/hectare using high density planting. It is also worth remembering that in some regions non-trained systems are the only option for example in steep slope situations. Varieties such as Syrah, Grenache, Carignan, Pinotage or Chenin are particularly well suited to non-trellised systems. Therefore it is commonly found across South Africa and also in the Rhône valley. Finally, non-trellised vines require very little canopy management which can make them relatively inexpensive to establish and maintain although this does mean they are ill equipped for mechanisation which can add to the cost of maintaining as labour because increasingly more expensive 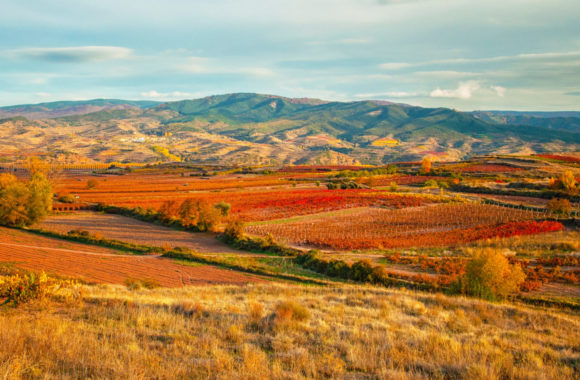 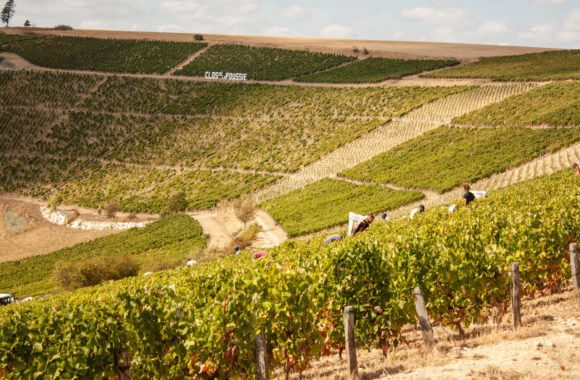 For most wine drinkers the Loire Valley starts and stops with the Sauvignon Blanc grown in the central vineyards around the small towns of Sancerre and Pouilly-sur-Loire, but this large region deserves far more recognition. What is so special about this region? Peter Mitchell MW tells all. 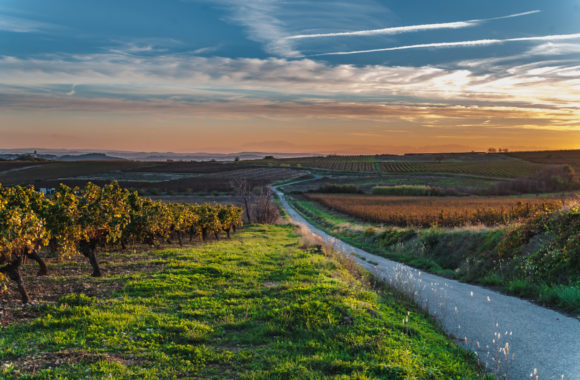 The Languedoc is one of the most important regions for supplying the UK and the source of some excellent value wines. This is still the largest vineyard in the world at (with the Roussillon) 235,000 hectares and produces over 130 million cases of wine each year. To put that in perspective, the production averages more than any of Argentina, Chile, Australia or South Africa. Peter Mitchell MW takes us through this wonderful region.